THE AYURVEDIC APPROACH TO DIABETES

You are here: Home Ayurveda

The Ayurvedic approach to Diabetes 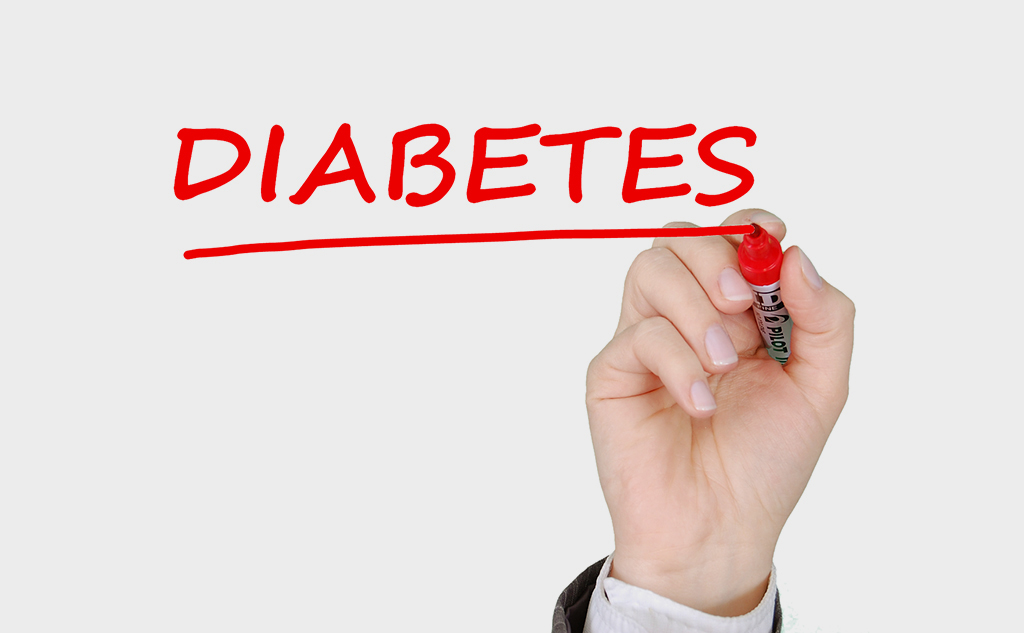 The Ayurvedic approach to Diabetes

Modern lifestyle trends over past few decades are heavily inclined towards a comfortable lifestyle but with decreasing opportunities regarding our health.  Things such as physical exertion, prominence of processed foods in daily diet, irregular sleeping patterns, and a predominantly sedentary life have led to the emergence of various lifestyle disorders like obesity, diabetes mellitus, hypertension, cardiac diseases and much more.

Diabetes is one of the most common lifestyle disorders in today’s society.   It is essentially a chronic disease that occurs either when the pancreas does not produce enough insulin or when the body cannot effectively use the insulin it produces.  There are several variations of the disease, including Type 1 diabetes, which occurs in most people in childhood or in their young adulthood. These individuals must inject insulin their entire lives. The majority of people with diabetes suffer from Type 2 diabetes, also known as non-insulin-dependent diabetes.

Diabetes mellitus (DM) is described in Ayurveda as madhumeha kshaudrameha which literally means “excessive urine with sweet taste like honey,” or dhatupak janya vikriti which means a disease caused by a defective metabolism leading to derangement in body tissue (seven dhatus) transformation process.

Madhumeha consists of two words-‘madhu and meha’ where ‘madhu’ denotes sweetness and ‘meha’ stands for urination. So, the disease in which the urination is having urine quality concordant with madhu (honey) in its color, taste, smell and consistency called along with the pathognomonic features of Prameha (i.e. increased frequency and quantity of urine) is Madhumeha. Madhumeha included among the astamaharoga (eight major disorders) in Charaka Samhita ( Ayurvedic Text Book ) which indicates the graveness of the disease given by the Ancient sages.

Ayurvedic texts have described 20 types of urinary disorders (pramehas) based on the predominant doshas (10 kaphaja, 6 pittaja, and 4 vataja Urinary disorders) and physical characteristics of the urine. According to Ayurvedic texts, all Pramehas (urinary disorders including madhumeha or diabetes mellitus) initiate with the derangement of Kapha dosha that spreads throughout the body and mixes with meda dhatu (fat) that is similar in physical properties to kapha dosha. Kapha mixed with meda affects the urinary system, thereby interfering with normal urine excertion. Vitiated other doshas (Biological humors. pitta, vata), and other dhatu (body tissues) and fluids (malas) may also be involved in this obstruction. Ayurveda divides DM in to two categories:

Useful Herbs for Diabetes Management
The effectiveness of Ayurvedic medicine in treating diabetes is well documented. The efficacy of herbs widely recommended in Ayurvedic texts for normalizing the blood sugar level has been validated in several clinical trials